For my final project, I wanted to do something for the holidays we cover or come close to during this semester. I picked three books, one for Halloween, one for Thanksgiving, and one for Christmas. For Halloween and Christmas, I picked books that were pretty general so I could avoid upsetting anyone as much as possible. 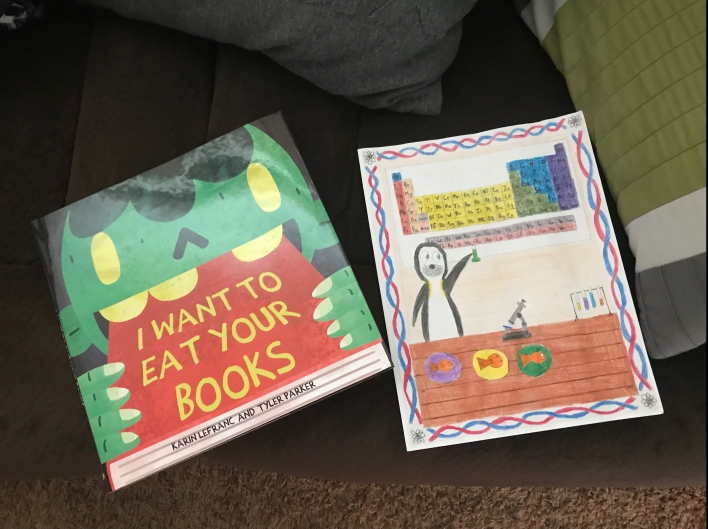 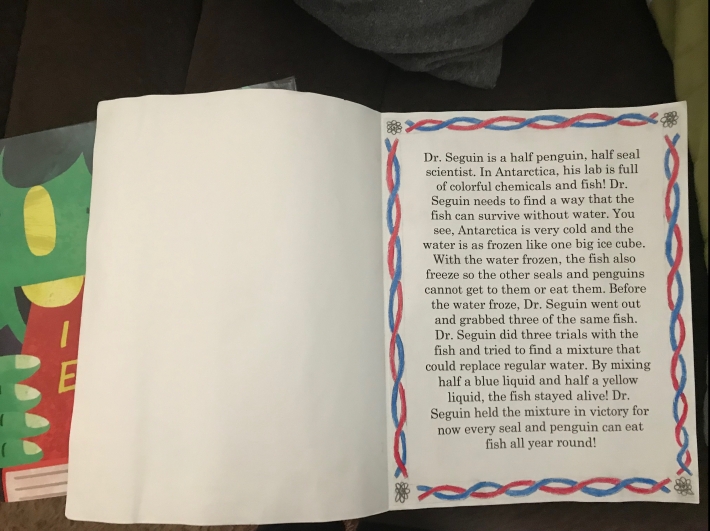 The first book I picked was for Halloween and this was I Want To Eat Your Books by Karin Lefranc and Tyler Parker. This is my favorite book out of all three because I think it takes something that is super scary and adds a comedic touch. This books is about a book-eating zombie who eats everyones books. In the end, the zombie eventually wants to read the books, not eat them. With this in mind, I created a craft for the students. I would want them to draw a cover to a story they would tell. This would be the story they would read to the zombie if they were in the book. Once we are done, I would want the students to show the class their cover and the story behind it. Here is one I did but I included a story with mine. If the students did include a written story, I would not make them have it as long as mine. 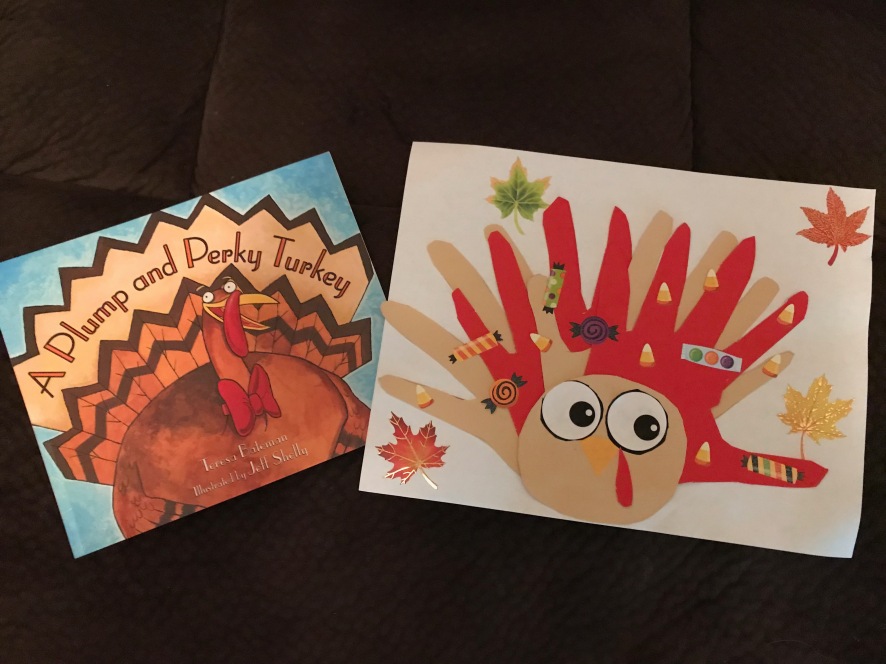 The next book I picked was for Thanksgiving and this is A Plump and Perky Turkey by Teresa Bateman. This story is about a group of people that is having a Thanksgiving without turkey so they put up signs looking for a “Plump and Perky Turkey”. They have the idea to make a contest of the best turkey so they make turkeys out of spuds, clay, rope, oatmeal, paper, and soap. However, in order to make a correct turkey, they need a model turkey so they can sculpt it correctly. A turkey sees this and goes to the people for the job. The turkey did not know that it was all a set up so the people could eat the turkey! This soon failed because the people made so many turkeys that they couldn’t tell who was the real turkey! While the people had a turkey-less dinner, the turkey goes to the beach and celebrates with the other turkeys. Since there is a competition in the book, I thought it would be fun to make different kinds of turkeys in the classroom. For this project, I used a basic template when the students make the turkey face and feathers using their handprints. After this, the students will be free to decorate their turkey the way they want and present them to the class. For mine, I made mine a candy turkey with lots of different candies in his feathers. 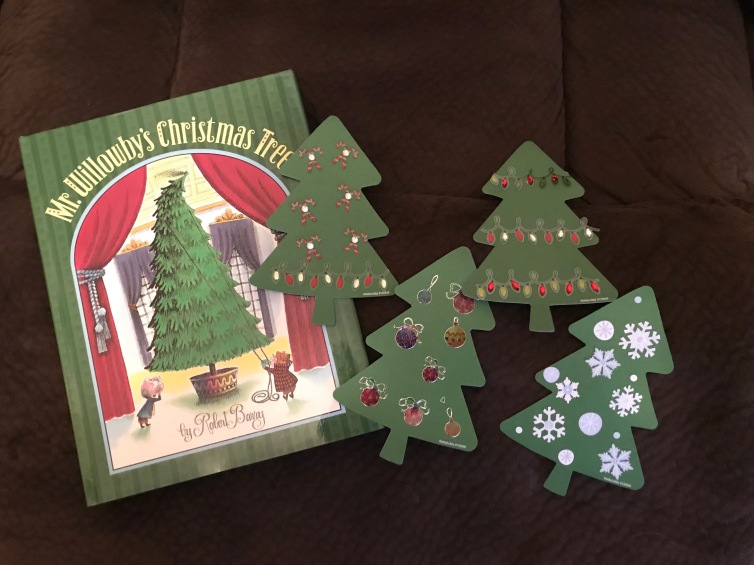 The last book I picked was Mr. Willowby’s Christmas Tree by Robert Barry. The story starts with Mr. Willowby and his tree. This tree is to big to fit in the corner he wants so he has the butler cut off the top and give it to the maid. This starts a chain of events so every tree gets the top cut off and someone else gets it. Eventually the area keeps getting smaller and smaller and eventually the top of the tree is so small that even the mice get a Christmas tree! Since this is all about a Christmas tree, I wanted students to create Christmas trees for someone. This could be someone they know, a group of animals, Mr. Willowby, or themselves. They will present to the class who the tree is for and why they decorated it the way they did. For my project, I created four general Christmas trees so there is a variety of ideas the students can have.

I really liked all the project I did. I think they all connected well to the story and allow students a lot of freedom to express themselves.

My Tweets
Join 1,713 other subscribers